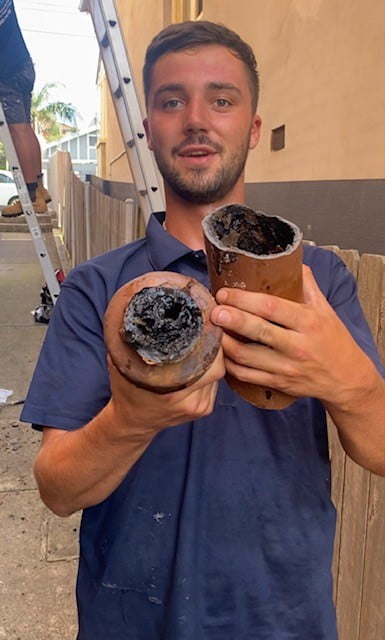 We were called out to this strata block we take care of in Clovelly as the residents were experiencing constant blockages, at first we tested to see if it was something minor stuck within the line only affecting one resident although after carrying out a investigation of the affected stack on the side of the building using a plumbing CCTV camera it was noted the entire line was badly infested with rust, a build up of hair, soaps, debris & all kinds of nasties and bacteria.

We attempted to use a high pressure jetter to reelevate the blockage although due to the severity of it we were left with no other option than to replace the defective pipework, we had advised all residents that the water was unable to be used for 2-4 hours while we were carrying out the work.

The tradesman then carefully setup protective drop sheets, a telescopic ladder & safety equipment to wear while on the ladder dismantling the pipework, once the defective pipework was dismantled the tradesman was able to supply & install a new PVC stack pipe.

Now having a brand new PVC slackline that runs directly down the side of the building the residents will only need to focus on maintaining the integrity of the line opposed to being left with constant blockages & constant up keep every few months.

Are you experiencing similar issues within your strata building or home? changes are if you don’t have PVC pipework, yours will probably looks exactly the same full of rust & debris built up over the years, feel free to get in contact with our team for a complimentary quotation. 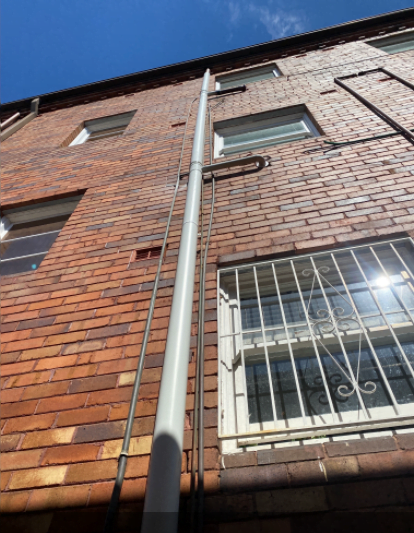 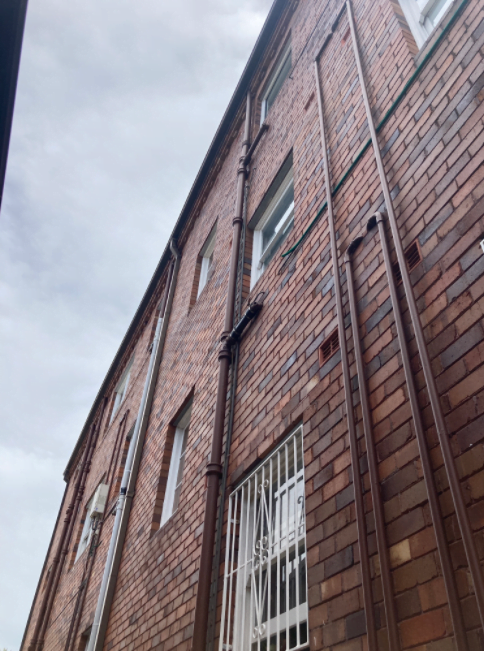