Proximity Plumbing - plumbers you can rely on!

Proximity Plumbing was established with one thing in mind… Being known and respected as the most reliable and trusted plumbers with unmatched service, quality& communication compared to our competitors.

This equates to being the only choice for local eastern suburbs residents when taking care of any aspect of plumbing. This could be something as simple as a leaking tap right through to a major stormwater rerun and sewer upgrade.

You won’t have to worry about ‘bill shock’ when it comes to your plumbing job - we offer a no obligations, $0 quote for every job and make sure to transparently go through the ins and outs of the requirements to make sure you are 100% happy before we proceed.

Our trusty technicians will not rush your job, but take the time to get it done right the first time. You won’t have to watch the clock because we do not charge by the hour, but quote a fixed price, Our Sydney plumbing prices.

Additionally, when your job is complete and you are satisfied, our team will offer you a complimentary home inspection to ensure there are no hidden surprises lurking in your plumbing system. You’ll be given some handy hints on how to best care for your pipes, plus our office staff Emily & Courtney will book in a complimentary site visit in 6 months time to ensure everything is running smoothly.

97% Of Our Customers Refer Us To Family And Friends! 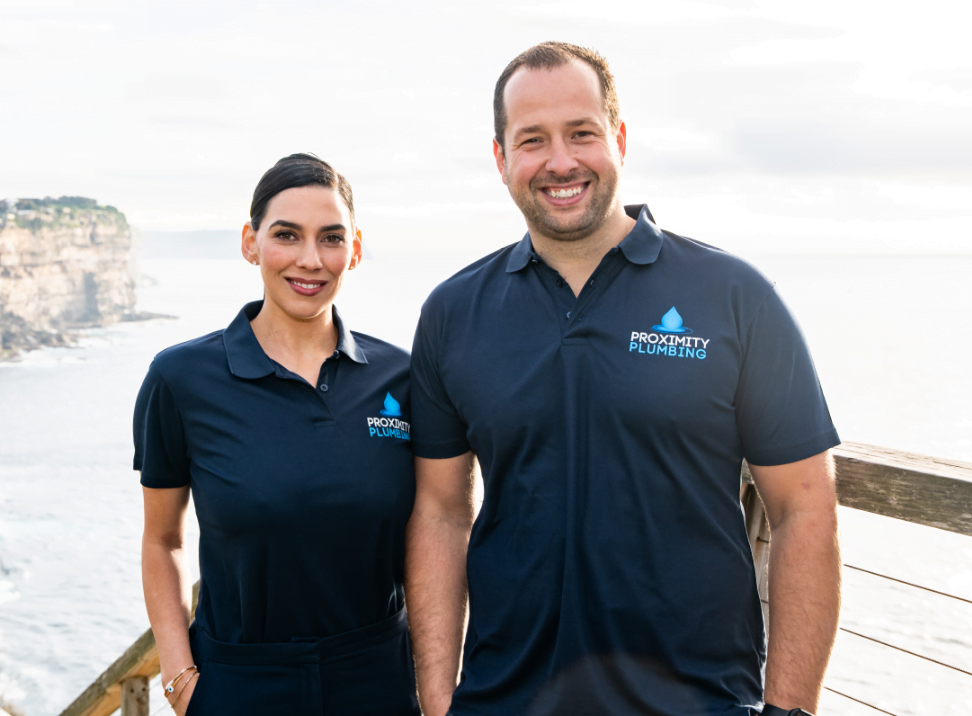 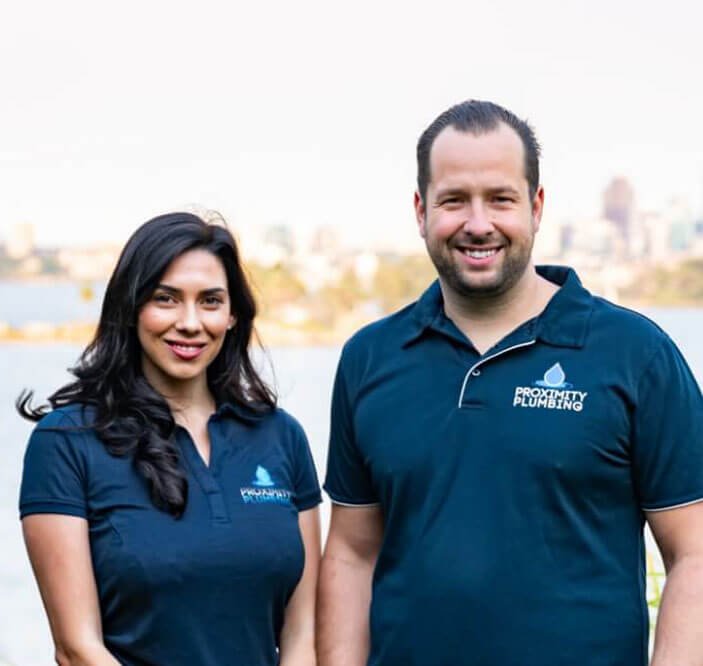 Together William and Emily own and run Proximity Plumbing and successfully have a growing team of plumbing tradesmen supporting the local community. We strive to deliver products and services that best fit our customer’s needs in a timely and cost-effective manner. Conducting our business with integrity, honesty, fairness, and respect.

We prefer to take our time with each client, even if it takes twice as long to ensure when we walk away your rushing to tell your friends and family of the unreal experience you received from your new local and trusted Plumber who is based within the Eastern Suburbs,a lot of our business is through word of mouth- take a read what others are saying about us on our Google reviews.

Proximity Plumbing understands the expectations of its clients and appreciates that there is never enough time in the day when an unwanted issue arises you want the job completed immediately and the tradesmen who arrive to be prepared and educated on the task at hand.

When We Say Local,
We Mean It.

Meet the directors! The pair grew up a street apart in Vaucluse without even knowing until years later! William is one of the directors of Proximity Plumbing; William was born and raised in Sydney’s Eastern Suburbs, growing up as a Local in Vaucluse. William started his early years at Vaucluse public school and later went to Waverley college for high school.

As a student at Waverley College, William's time was a wonderful experience that positively shaped his life and cultivated essential qualities such as honesty, respect, leadership, and empathy. During his time at Waverley, he developed a found interest in rugby league, which was fortunate enough to play till year 12.

Starting in the workforce at the age of 14, William always understood the value of hard work and money. His first job was at McDonald’s on Bondi Beach. As the years went on, he moved through different roles and started his plumbing apprenticeship during Year 12 to get a head start.

After completing his Certificate of Plumbing, where he learned all the fundamentals of plumbing and customer service, William went on extending his experience and challenging himself – he was able to complete his advanced diploma before officially completing his apprenticeship.

William started the journey of Proximity plumbing as soon as he had finished his apprenticeship and successfully obtained his Certificate IV in Plumbing and plumbing licence. He jumped straight into real estate and strata maintenance with the contacts he had developed through his time at Waverley college. 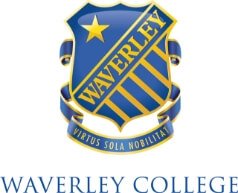 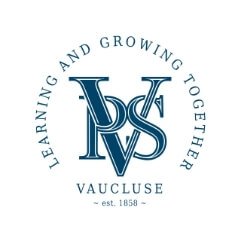 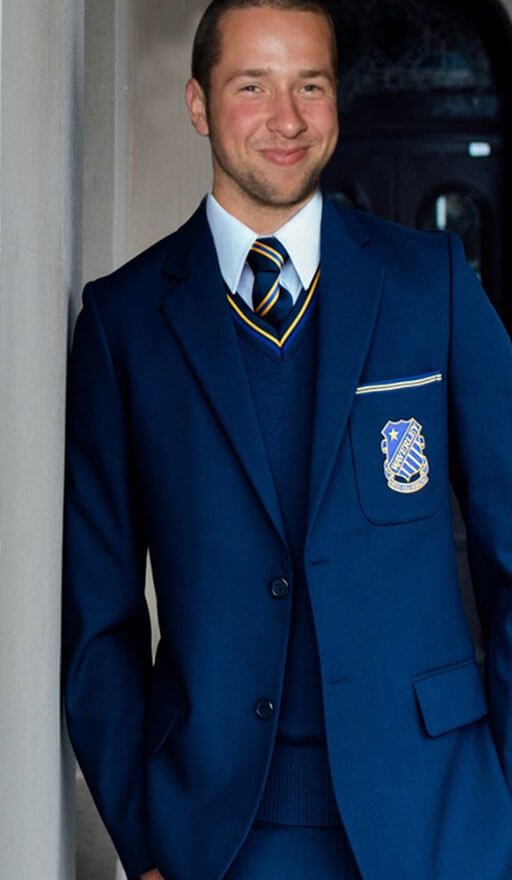 Courtesy May Not Be The First Thing People Think Of When They Think Of Plumbers, But For Us, It’s One Of The Most Important Tools We Carry. 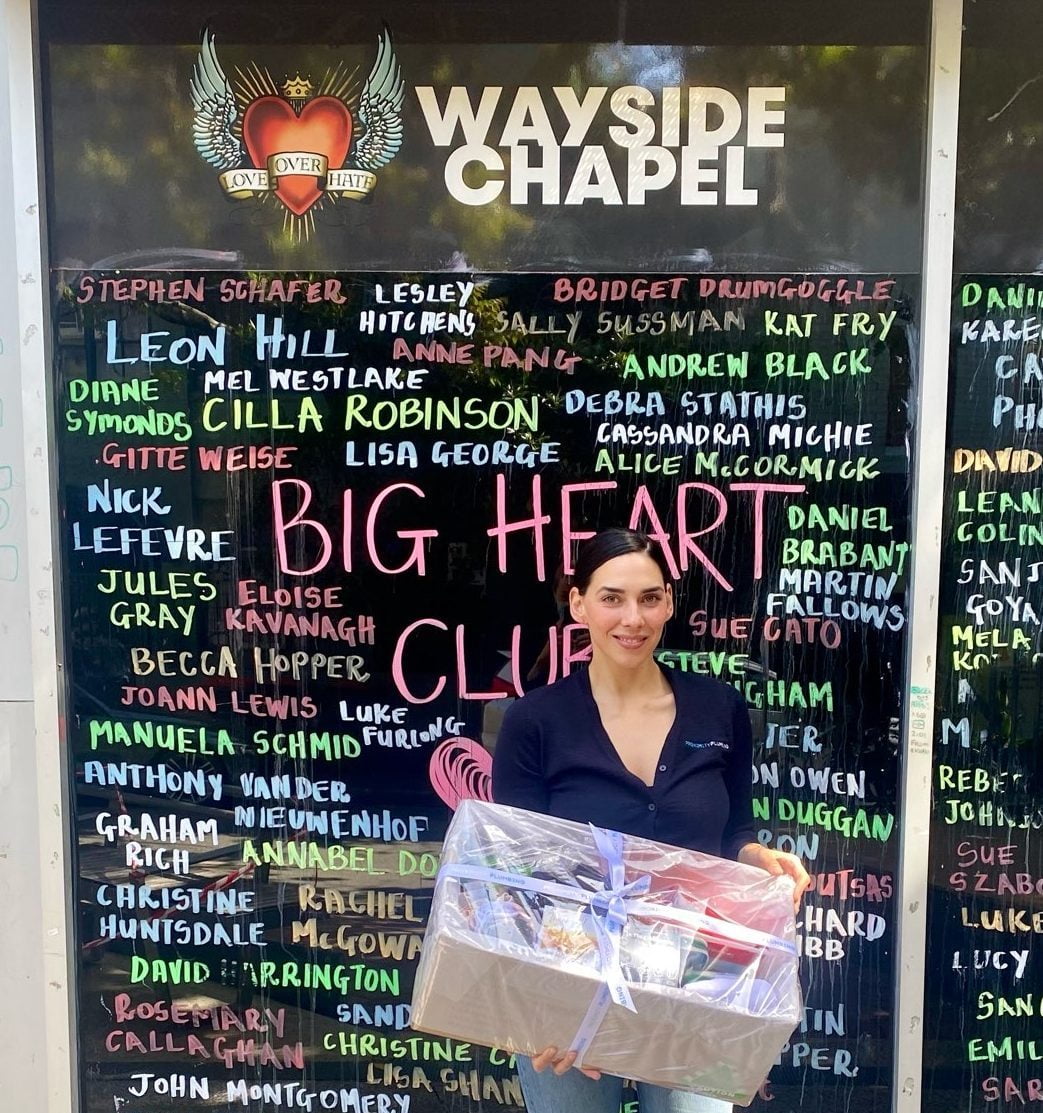 Emily began her journey as a flight attendant for Virgin Australia

It wasn’t long after meeting William that she utilized her skills at proximity Plumbing. Her first role was marketing which soon developed into full-time manager and scheduler. Now Emily runs Proximity Plumbing from the office in Dover Heights with 3x full-time office admin assistants. Growing the business, whilst growing within the business.

Her vision is to be the most reputable plumbing company in the Eastern Suburbs. The lines between work and life may be blurry, although Emily has a clear vision of where Proximity Plumbing is going and how it plans to be a household name for local eastern suburb residents.

Emily wants Proximity Plumbing to be a household name synonymous with the Eastern suburbs of Sydney. Emily identified a gap in the Sydney plumbing market. She set out to offer quality service, while being upfront from the beginning about costs, and to be someone his clients could depend on. Proximity Plumbing continues to develop and thrive by providing excellent service with a team of highly trained plumbers.

Its' the little things that Emily and the office team provide like reminders for bookings the day before and day of, a little thank you letter/ gift on completion sent to all clients for entrusting us with their home and the 6 monthly reminders to check in on our local clients ensuring all of there plumbing needs are up to date, living in the Eastern suburbs herself she knows the importance of maintaining a home and its integrity she also understands life is chaotic and simple things like yearly checks on gutters and pipes can be easily missed! thanks to our team in the office we ensure all clients are kept up to date when their next booking is! 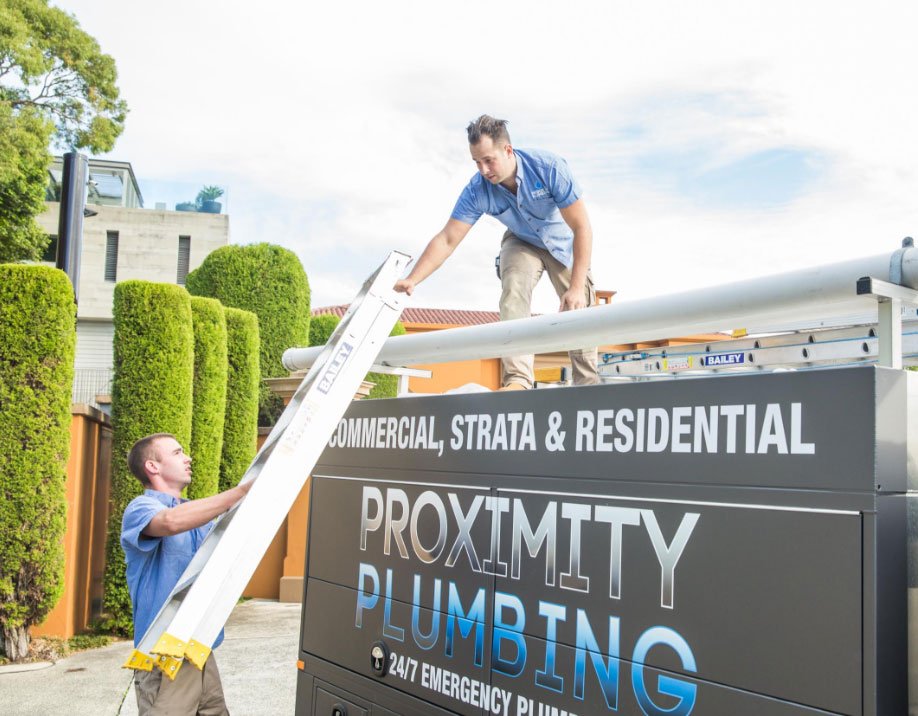 William Started Proximity Plumbing and was born and raised in Sydney’s Eastern Suburb of Vaucluse. William attended Waverly College throughout his teens and soon learnt an acute appreciation for customer service. Starting in the workforce at the age of 14, William always understood the value of hard work and money. His first job was at McDonald’s on Bondi Beach.

After completing his Certificate of Plumbing, where he learned all the fundamentals of plumbing, William went on extending his experience and challenging himself where he moved on to high rise development, where his leadership skills would shine & grow.

Working on Barangaroo as one of the first plumbers on-site, William was able to be part of a bigger team and grow as a leading foreman onsite.

Once the six years of the apprenticeship were completed William finalised his advanced diploma and successfully graduated to earn his Plumbing Licence at the age of 24. If you would like to know more about William’s journey and how he has developed a boutique plumbing company, he would be happy to share this over a coffee.

We might have grown in the past 10 years but our commitment to providing superior service hasn’t. With a larger team, we can now leverage the strengths of each dedicated member and more importantly provide a rapid response and same day service which our customers love, I think 554 + Google reviews is a good indication that we are a reliable and trustworthy company!

We have built a strong family dynamic within our team; we appreciate that everyone has their strengths and weaknesses but as a team, we can solve any issue and constantly surpass the expectations of our local

Conducting our business with integrity, honesty, fairness, and respect has allowed us to grow in such a short period of time without expanding our service area. Keeping it local starts without a team who all live within the surrounding eastern suburbs community. 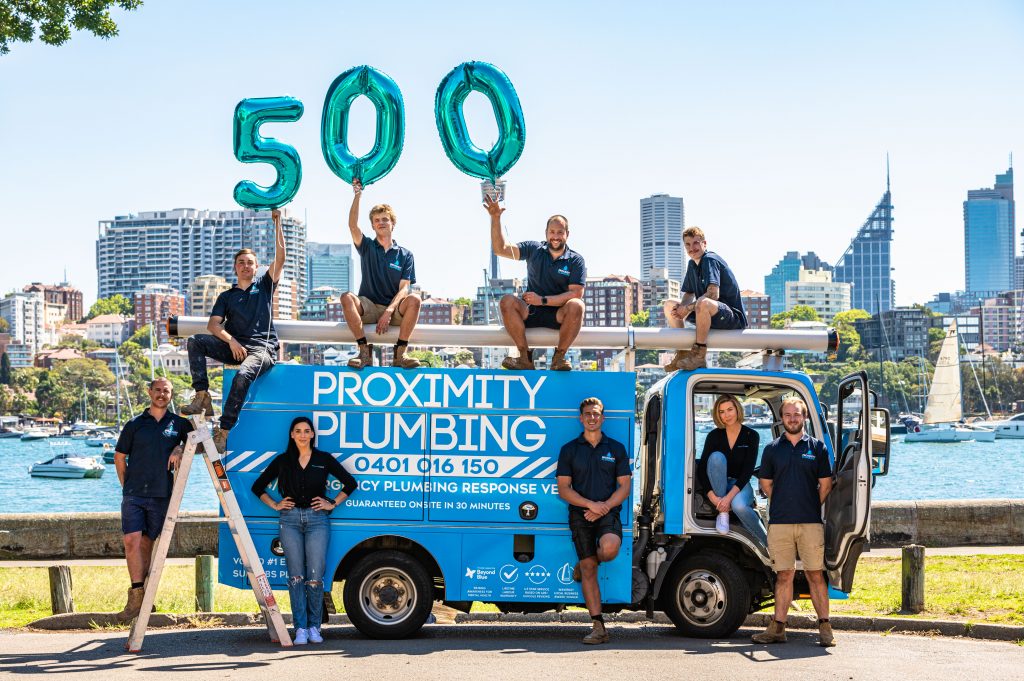